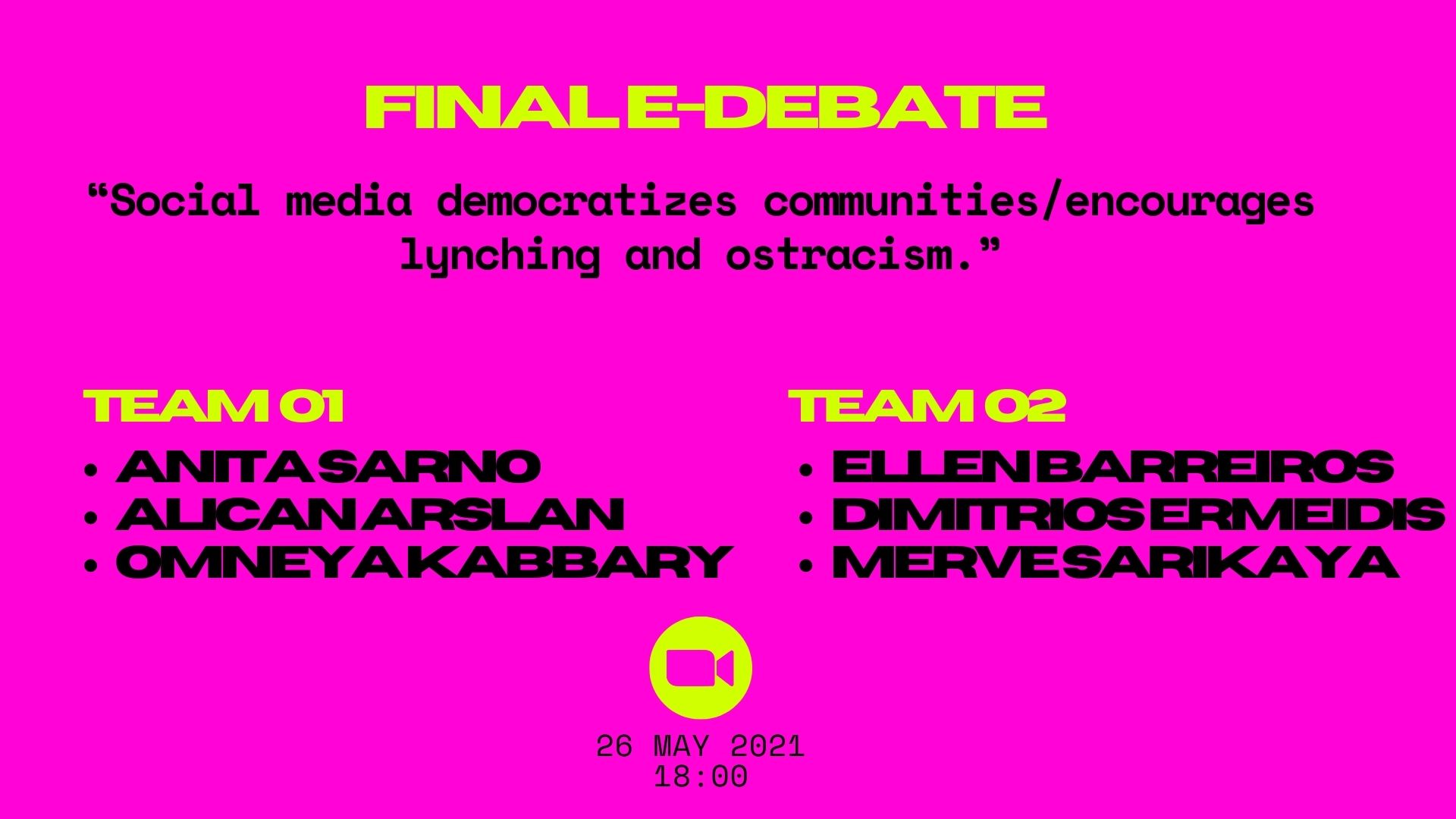 The sixth day of the project started on Zoom on Wednesday, 26.05.2021 at 17:00, as planned.
Day has started with the introduction of the program partner organization VSOW. The introduction presentation was followed by the workshop “Climate Justice – assuming responsibility for mitigating and adapting to climate change” by Gesine Heinrich. Participants had found an opportunity to share their knowledge, experiences, and feelings on the topic during the interactive workshop on Climate Justice.
After the workshop, the final debate of the program has started under the moderation of Yusuf Sivri. Debate teams were the winners of the first two debates of the program (Team O1 – ANITA SARNO, AHMET ALICAN ARSLAN, OMNEYA KABBARY- and Team O2 – ELLEN BARREIROS, DIMITROS ERMEIDIS, MERVE SARIKAYA-)

As the flow of the debate sessions, teams have shared their arguments on “Social media democratizes communities/encourages lynching and ostracism.” for 10 mins each.
After the first round of the debate, teams started the second round by sharing counterarguments against each other for 10 mins each. Then, debaters had the opportunity to interact with each other and discuss the various topics of the debate for 20 mins.
After the final debate, Jury, Cecilia Gentile, Duygu Seyman, and Kerem Yalçın have left the room to evaluate the debates while feedbacks of the participants were taken by the YPIDA Team.
First of all, all of the Jury members shared their feedback for both teams. Then, Jury spokesperson Kerem Yalçın announced that the winning team was Team 02.
The program has ended by taking participants’ opinions and feedbacks regarding the results and the speech of Program Manager Onur Oğuz Dellal.

You can download the presentation of the Climate Justice here.

This site uses Akismet to reduce spam. Learn how your comment data is processed.